On May 26, 2005 the NEBE released an additional three results from East Gojjam. Two were EPRDF wins, and one was a CUD victory. The result from Bichena, continues to be incomplete because the turnout was not reported.

In West Gojjam by contrast, the situation was more as expected, with lower turnout as compared to Debre Markos and Mota, and higher percentage of spoiled ballots.

Summary Table of Wereda Level Results from Gojjam, May 26, 2005 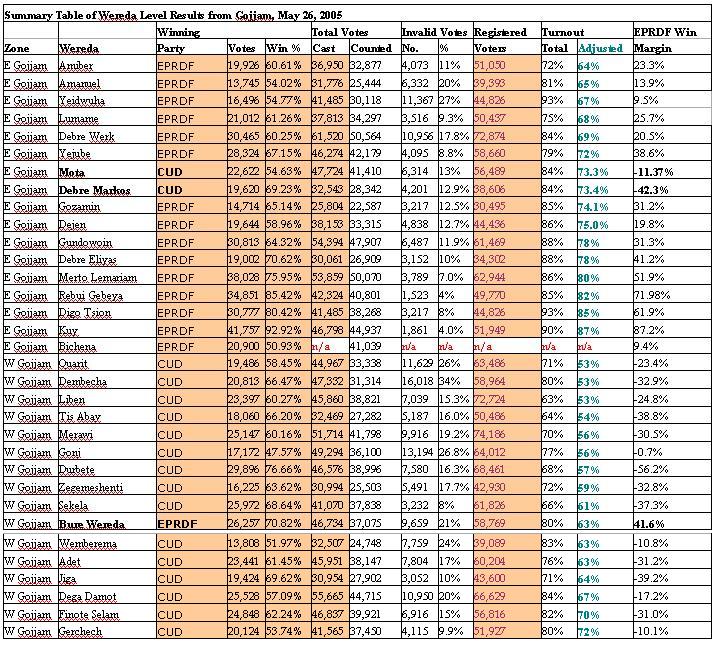 In the absence of other explanations the most likely scenario was that the vote counting/reporting was tampered with. This would explain why turnout would increase mysteriously in rural areas and this increased turnout would be overwhelmingly pro-EPRDF. It would also explain why the percentage of spoiled ballots decreased: - if someone is manufacturing votes, they don't make many mistakes. 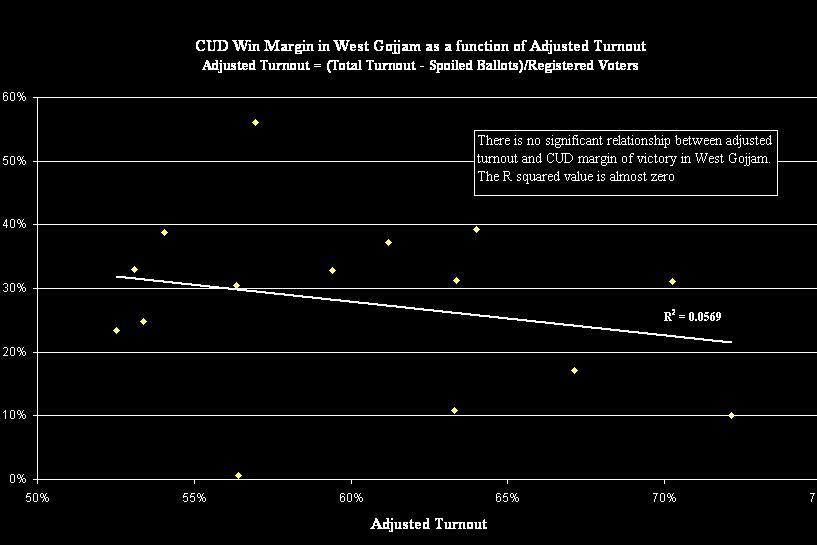 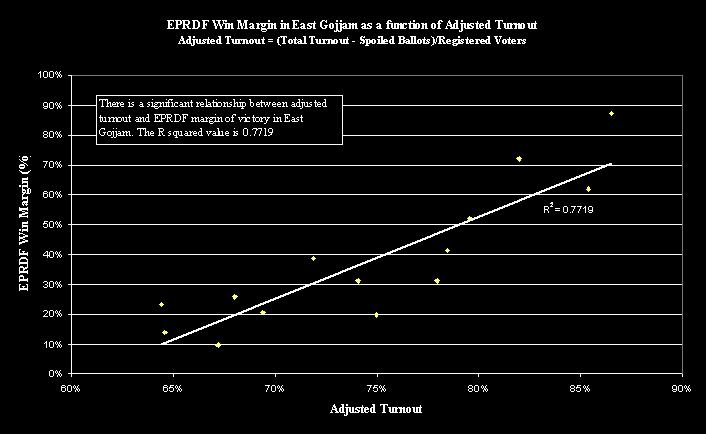